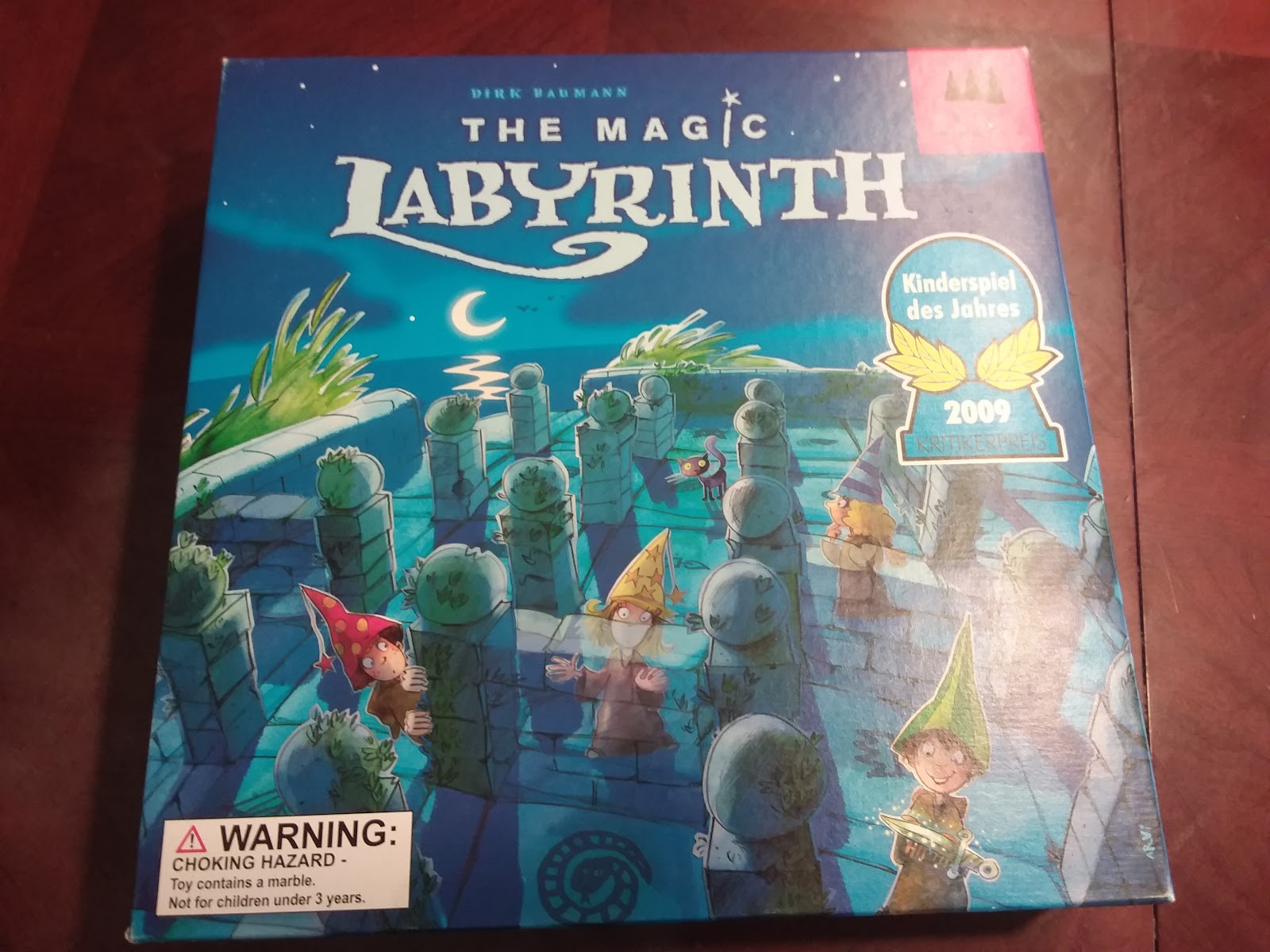 In the game of the magic labyrinth you are a wizard who takes on the role of finding various tokens around the board, but watch out for invisible walls.  The game is for 2-4 players ages 6+

Put the box in the middle of the table and place the walls according to the setup you choose. Then put the floor plate on top and place the cloth bag with the tokens to the side. Take out one token and put it on the board then rotate the box several times. Each player then chooses a magician and places it on the corner of the board then they hold their magnetic ball until held together by the magnet.

In the magic labyrinth game players compete to be the first to get five tokens but watch out for the walls. To do this the player will roll a die and move that many spaces.  Remember to move the magician swiftly there is no testing to see if there is a wall or not. You may only move the magician vertically or horizontally, not diagonally. If you hit a wall the ball will drop and land in one of the four corners. Remaining steps are forfeit. Remove the ball and place it and your magician at your starting corner. When you reach  the desired symbol you may collect it and keep it. Then grab a new one out of the cloth bag. If someone is on the specified token when you draw it they keep the token and a new one is drawn. The game ends when a player reaches five tokens. 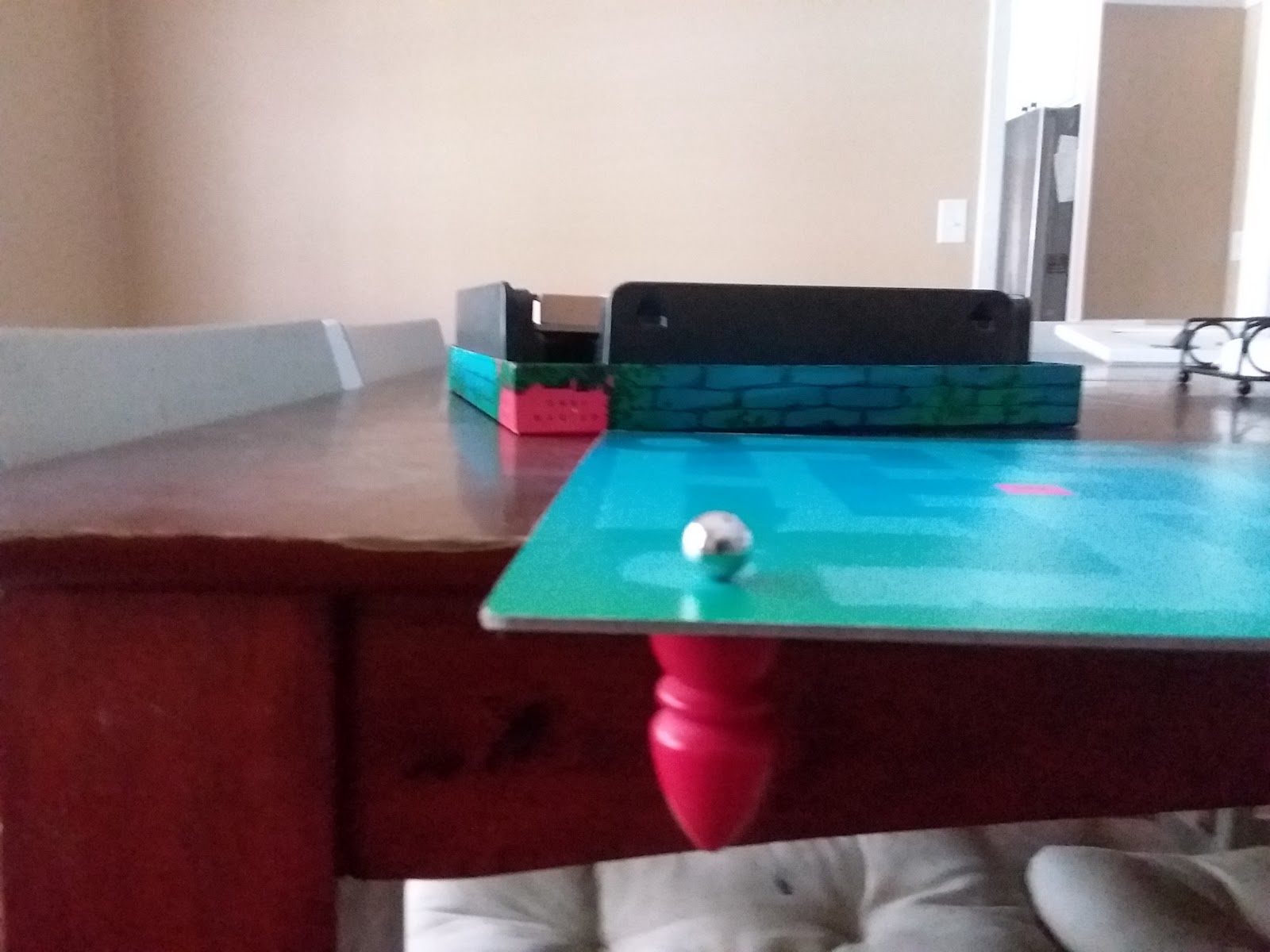 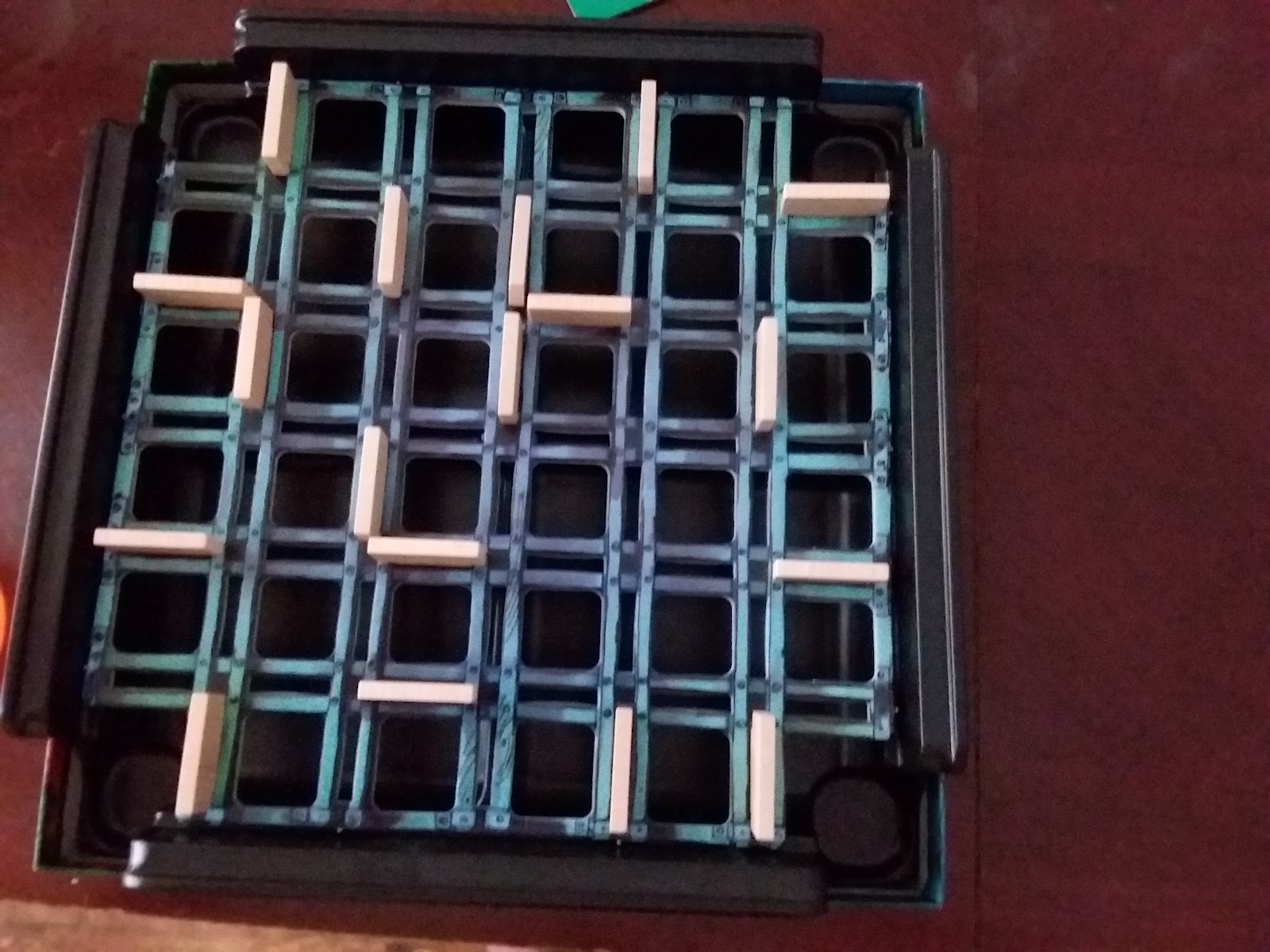 9/10 I liked the invisible walls they made the game more fun.

Nod: 9/10  It was a really fun game but the walls were a little annoying.

This site uses Akismet to reduce spam. Learn how your comment data is processed.